1) there are many tourists london.

2)we do many projects school. 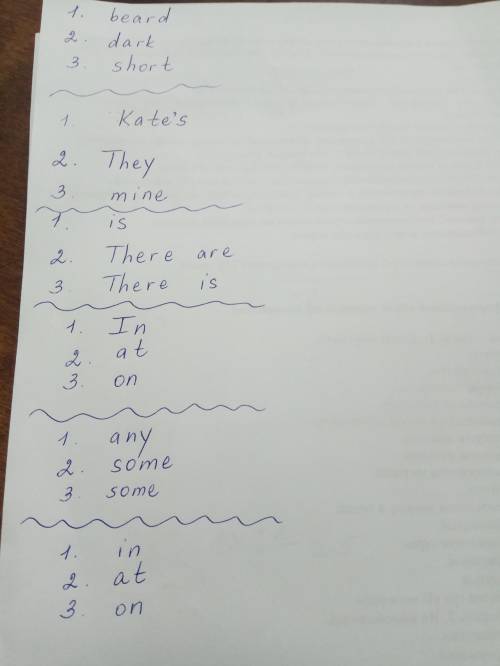 Английский язык, 10.03.2019 03:40, arishkakorneva
Выбрать 1) i'd prefer to make/making an appointment now 2) i slept so bad/badly last night that i had to take a sleeping pill. 3) i don't think/ am not thinking you should invite him to your wedding. 4) he looked angry/angrily at his children and said nothing. 5) i feel/am feeling that i understand the process very well. 6) i'd quite like to take part/taking part in a motor race.
7) what kind of soup is it? it tastes awful/awfully! 8) i'll talk to you later, i have/am having breakfast now. 9) i hate to get up/getting up very early on mondays. 10) you look strange/strangely in these elegant shoes and this scruffy dress.
Ответов: 4
Посмотреть

Английский язык, 17.03.2019 08:10, HELPLIZA1
Проверьте ошибки в тексте, и если можете немного сократить текст: i would like to tell you about a historical event as the collapse of the titanic. titanic was a british passenger liner that sank in the north atlantic ocean on 15 april 1912 after colliding with an iceberg during her maiden voyage from southampton, uk to new york city, us. the sinking of titanic caused the deaths of 1,502 people in one of the deadliest peacetime maritime disasters in modern history. the rms titanic was the largest ship afloat at the time of her maiden voyage. it was the second of three olympic class ocean liners operated by the white star line, and it was built by the harland and wolff in belfast. on her maiden voyage, it carried 2,224 passengers and crew.
Ответов: 2
Посмотреть